A green oasis with an area of 30 hectares right in the centre of the town - this is the Castle Park in Malacky. Historical sources at the end of the 19th century state that the manor house with its "English garden" was considered one of the most beautiful ones in the region. 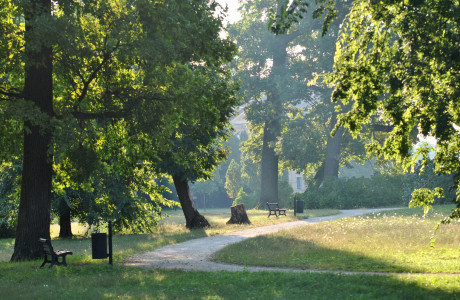 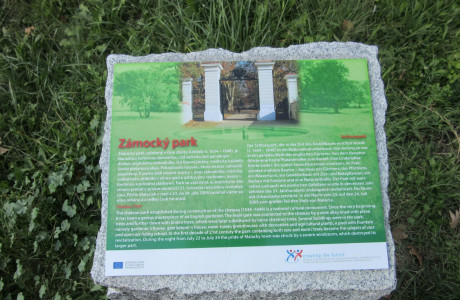 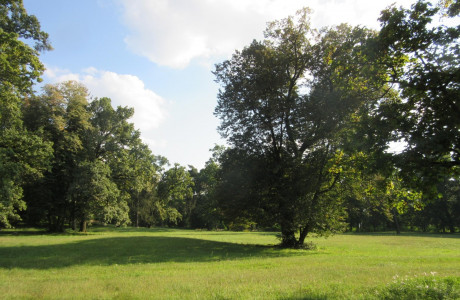 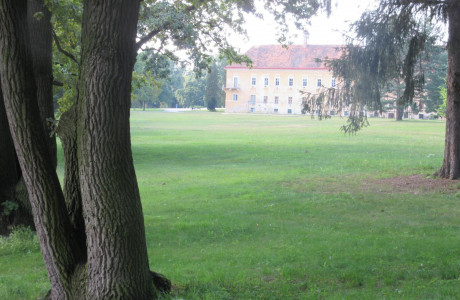 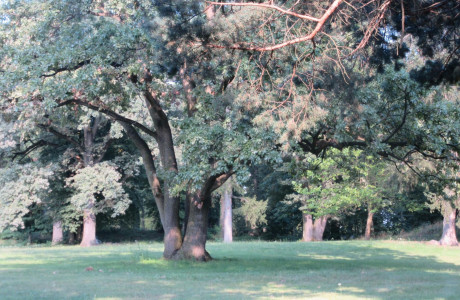 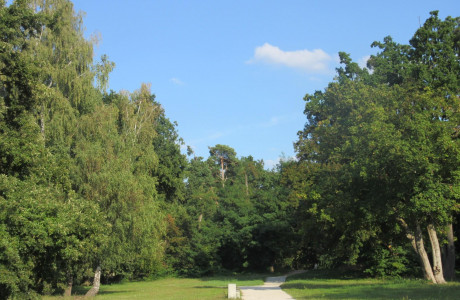 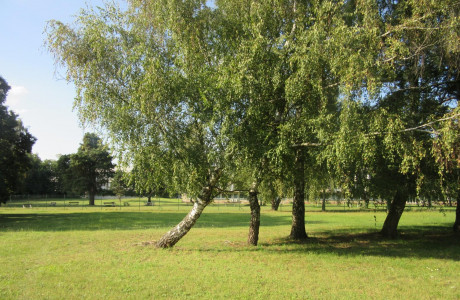 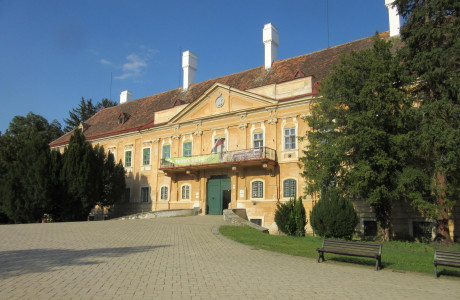 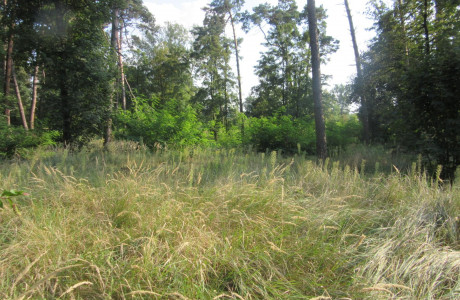 The park was probably founded by Paul IV. Pálffy in the first half of the 17th century together with the manor house. In the beginning, it was probably influenced by French parks renowned for their symmetry and geometric shapes. Currently, the oldest preserved trees in the park date from the turn of the 18th to 19th centuries. Since 1808, the park has undergone a complete overhaul, taking on the character of an English woodland park to match contemporary style. At the end of the 19th century, the park covered an area of over 39 hectares. For the Pálffys, the park served mainly as a representative site. It was used not only for relaxation but also for hosting ceremonies and entertaining events, such as for visits of distinguished guests or weddings. In the park were the houses of the gardener and the gatekeeper, a water tower, garden center, rose garden, greenhouses. There was also a hedge maze, a natural riding arena, and a manor shooting range.

The construction of the motorway slip road and a hospital in the second half of the 20th century curtailed the area of the park considerably. The hospital complex was built in the 1960s and occupied 7.2 hectares of the park.

According to historical documents, the manor house and the park were surrounded by a stone wall. Three gates were leading into the castle. The main gate, Čierna brána, still stands to this day. To the right of the gate, on the outer side of the perimeter wall there stood the outbuildings of the Pálffy farm and in front of them there was a pond alongside which grew lime trees. The second gate, Červená brána, served as an entrance for the chateau's supplies. It led from the park to the princely farm. The third gate, Biela brána, led out onto a street to the Pálffy’s servants‘ houses. The original wooden gate was not preserved and a new one was put up in 2000 during the restoration of the northern entrance. There were four greenhouses next to the gardener's house.
The garden center continued even after the end of the Pálffy era, until the mid-20th century. The large greenhouse was demolished after World War I., the others in 1958. North of the castle building stood the castle waterworks, commonly called the “baňa” (mine), which supplied the castle and other surrounding buildings with water from the end of the 19th century. The waterworks operated until 1957.

The legend has it that the Virgin Mary appeared to children walking in the park in a tree shelter, under which a miraculous spring spurted out, curing all sorts of illnesses. When the Franciscans acquired the chateau for their secondary school boarding school, they had a stone grotto with a statue of Our Lady of Lourdes built there in 1934. Until today it has been preserved and restored.

The pathways in the park have changed, the coloured kerbs have rotted away and new paths have been laid. The swimming pool was in dilapidated condition, the statue from the original fountain was moved to the square. The grotto with the Virgin Mary statue has disintegrated and only its remains can be found in its place. Lighting has been installed at the main entrance to the site and concrete and wooden benches have been added.

Apart from the castle only two buildings remained in the park - the gardener's house above the training ground and the caretaker's house by the Čierna brána. The keeper's house was also at the Biela brána but was demolished during the 20th century.

Originally, coniferous and deciduous trees grew here in a roughly 1:1 ratio, but the conifers have gradually declined by a large margin. Progressively, the scrub has disappeared from the park (now it’s 10% of the original area) and the meadow vegetation has been reduced by half. 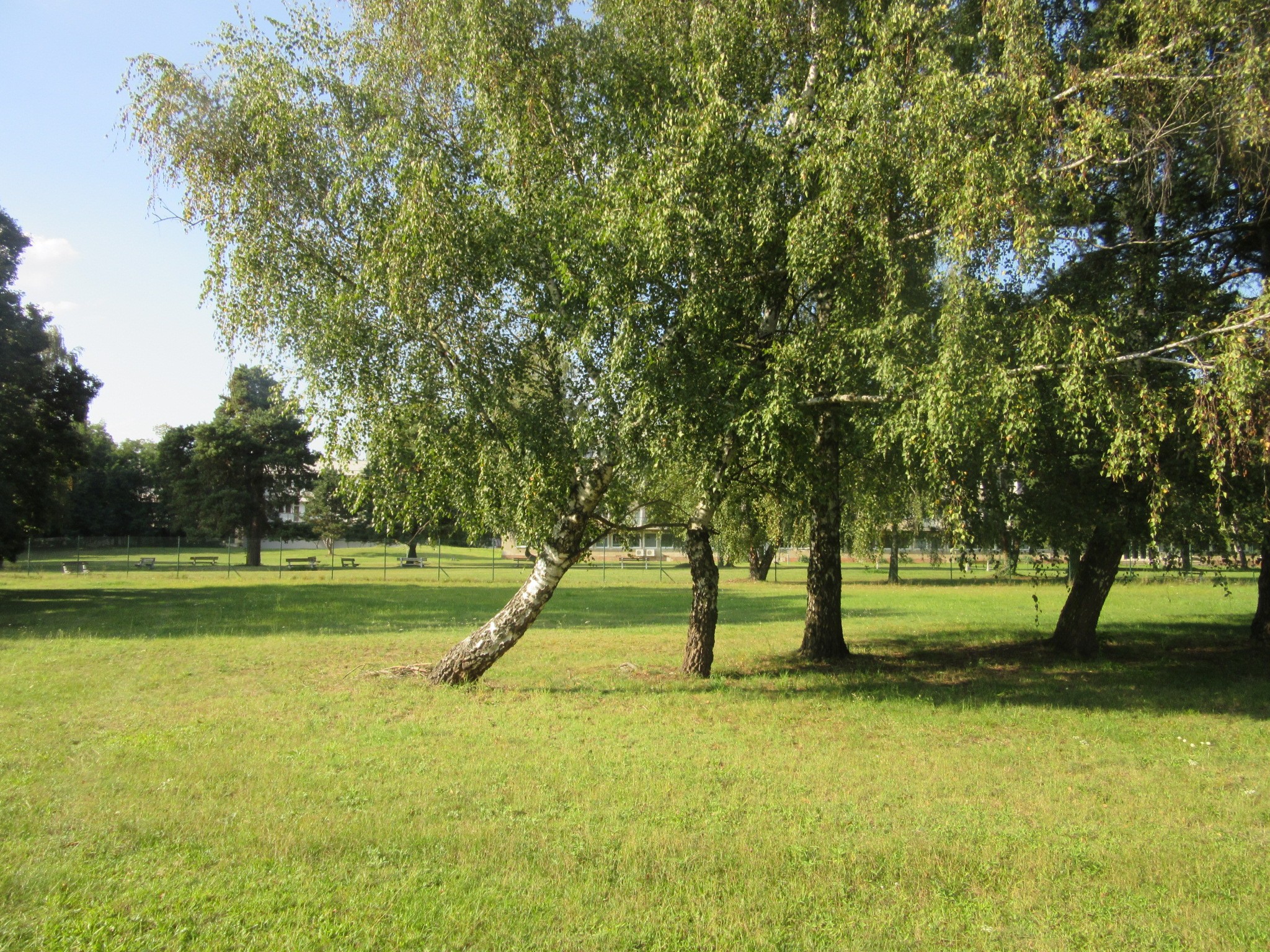 Park is popular among families with children, as they can observe the local fauna and flora during pleasurable nature walks. A playground with an enclosed playing area is also available. Sports enthusiasts will appreciate the path circuit suitable for running which is more than two kilometres long and the freely accessible playground with a hard surface area suitable for ball games and ice-skating in winter.

Malacky is located only 25 minutes by car from Bratislava. It is also accessible by bus and train transport. The park itself can be found among Legionárska, Duklianských hrdinov and Sadová streets. On foot, you can reach the city centre within 10 minutes. If you go there by car, you can park in the adjacent car parks.

The park is freely accessible to the public.