The park with a precious history, whose natural character has been connected to the Danube river offers many opportunities to explore values of parks and gardens for a general public. We believe, that after the current renovation it will be soon open to domestic and foreign visitors. 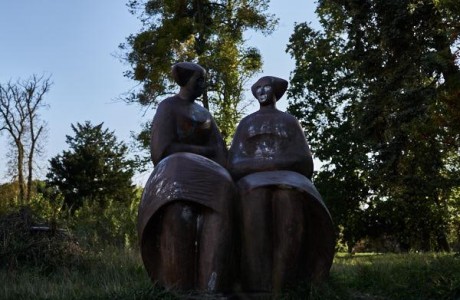 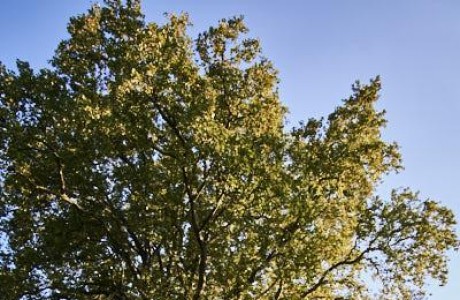 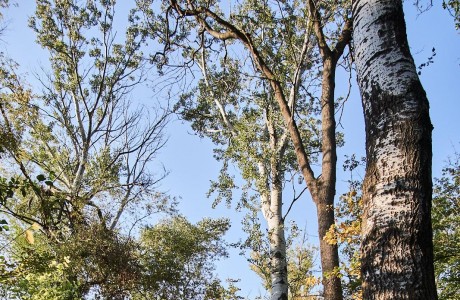 The park has a long history alike the village of Rusovce, where it is located. The heritage of its architectural design, variety of its use and the vegetation has been changing for centuries. The earliest written mention of Rusovce, named as Terra Uruzwar, dates back to 1208.

In 1646, the Count Stefan Zichy, received the Manor of Rusovce when serving as a chairman of the Chamber of Hungarian monarchy. The Zichy‘s  family has become an exclusive owner of the Manor within the next 200 years. It is believed that during this period of time, the surrounding of the Manor was adapted and maintained in the spirit of contemporary traditions of its era. The estate of the park Rusovce was drawn on maps for the first time in between 1782 and 1784.

A Baroque garden has been located in south-east direction from the main Manor’s building, drawn as a rectangular area with a symmetrical line of tree vegetation creating a network of walking paths.

The Manor, as we know it today, was rebuilt from 1840 to 1850. The owner, Emanuel Zichy-Ferraris, redesigned buildings in the Tudor Style as a favour for his wife, originated from England, following a taste of English estates.

The Viennese architect, Franz Beer, was in charge of the reconstruction. Because, Emanuel's marriage remained childless, the heritage had passed to his brother Felix, who became the last Zichy’s owner of the estate. In 1872, he sold the Manor to Hugo I., the Count Henckel of the Donnersmarkt, for his wife Laura. Hugo I. established on the property several farms, homesteads, and a horse stud, which had become one of the most successful in the region of Central Europe.  A year after his death in 1906, the Manor building was sold again to its last owners. These were Elemér and Stefánia Lónyay. They continued to modify the Manor in the spirit of their era, adding a central heating system and the modern bathrooms in the mansion. They also built a so called minaret, a water tower to provide enough water for the park. Thanks to the world famous gardeners, the park behind the mansion has turned into a large park in English style, naturally merging its surrounding with the countryside. The interior of mansion have been furnished with valuable artworks and furniture.  During the Lónyay era, the mansion and the garden were considered to be the most beautiful and popular among neighbouring residencies. The part of the property had been a large horticulture named Stephaneum gardening, which was also well-known outside of the county. The whole complex had 36 greenhouses, and provided service of shipped and traded deliveries with the rest of Europe by rail.
In 1920, according the Treaty of Trianon, Rusovce had become a part of Hungary. After the World War II, when signing the Treaty of Paris in 1947, Rusovce have become part of Czechoslovakia and after 1993, Slovakia. It had been assigned to the Slovak capital, Bratislava, on January 1, 1972.

Park Rusovce is located in the south-eastern outskirt of the Slovak capital, Bratislava.  Situated on the right side of the Danube river bank, it belongs to the district of Rusovce. In the central part of the park was built the Manor residential building, which is accessible from the Balkan street by the main entrance.

The park is a part of the Manor area, surrounded by a forest of more than 40 hectares large. Forest around the mansion and its adjacent areas were gradually transformed into the form of park by different owners. The most significant reconstruction of the mansion, as well as the garden took place in the middle of the 19th century, when the whole complex was rebuilt in the English Neo-Gothic Style. In the spirit of Romanticism, the adjacent parts of the original forest have been also adapted. Thus was created a large nature landscape park, which had been divided into two parts by a regulated arm of Danube river called Alte Donau. South from the Manor house, the original Baroque garden created a dense network of pathways. According to the natural landscaping principles, the extensive areas of grassland were alternated with tree groves and shrubs. At the south-east edge of the park was a fruit and vegetable garden, separated from the ornamental garden by a hedge. This park area was neighbouring the horticulture Stephaneum gardening. The gardening was formed on the southern side of the park during this period of time, however it had become known as Stephaneum only a few decades later. Shapes of the park had been gradually changing according to a taste of the Count, Hugo Henckel.

Thanks to the Lónyay's owners, a water tower was added in the south-eastern part of the park with elements of Neo-Gothic Style, creating an architectural landmark. It distributed water to different areas of the park. According to the pristine drawings, the area around residency was irrigated, and a water supply was distributed to the neighbouring  horticulture Stephaneum. There are also terraced flower plots, decorated by shrubs and garden sculptures. According the pristine photographs, the architectural features used for decoration were incoherent in its style. In the photographs, for example, there is a hedge created from a Buxus plant, Roses, or the Alpine plants supported the stone parapets, and so on.  Such a garden style cannot be described as Japanese, which represents a unique and unmistakable style of gardening. Traditional Japanese gardens create idealized landscapes, often in a very abstract and stylized way. Nonetheless, the style of this  garden served rather as a smaller intimate space for relax of the mansion residents. The emphasis of this garden is placed on a detail, with many diverse elements used in a strictly geometric layout, which has unified them into a common ground plan.

The composition of trees in the park was primarily based on the original trees. This, a rather poor structure has been gradually enriched with some non-native kinds in the spirit of natural landscape.  A massive Horse Chestnut tree, for example, is a specimen of the park’s natural landmark. A Maple tree, considered to be one of the most attractive and the most resistant among park trees, is both beautiful and majestic. Also, there are visible remainders of a Yew and Buxus tree compositions. The forest is further composed of Linden, Maple, Oak, or Gleditsia trees, and other ornamental shrubs. During the spring months, park visitors can enjoy an extraordinary beauty of various plants, which have been planted in trees’ undergrowth.
In March and April, the park is full of blue flowers such are Scillas, Chionodoxa, so called Lucile's Glory-of-the-snow, or Violets. In addition to the prevalent naturally occurring Scilla Vindobonensis, the dark-purple bell-shaped flowers can be found in the park, named Scilla Siberica. During the summer, the flower of Purple Cyclamen, coated by silver leaves, blossoms in the shade of trees.
In general,  parks, ornamental gardens, or the old cemeteries are very valuable and desired areas for living Fauna. The park Rusovce is not an exception. It also represents a home and a refuge for both rare and standard species.

The park is administered by the Governmental Office of the Slovak Republic, and at the moment it is not accessible for a general public.  However, it has been in a process of renewal to become publicly available. The forest part of the park, which starts behind the canal of Rusovce, is being used for recreational purposes.

The park Rusovce is situated on the outskirt of Bratislava, the Slovak capital. You can get here by using a public transport: a bus (bus stop ‘Gerulata‘ or ‘Kaštieľ Rusovce‘), a train (train stop ‘Rusovce‘), or by a car