You can find shadow under the tree crowns or sunshine on the lighted meadows on the right bank of the Danube. The Park of Janko Kráľ is one of the first public parks in Slovakia

Type:
historical park / garden
Facilities:
National cultural monument
Style:
English-landscape park
Region:
Bratislava
City/village:
Bratislava - Petržalka
Address/Location:
It is situated on the right bank of the Danube in Petržalka between the New Bridge and the Old Bridge, near Aupark.
Altitude:
131 m a.s.l.
Area:
42 ha
Nearby attractions:
The center of the capital 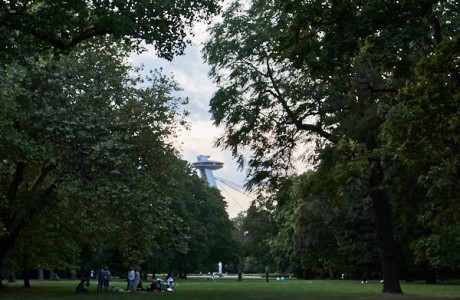 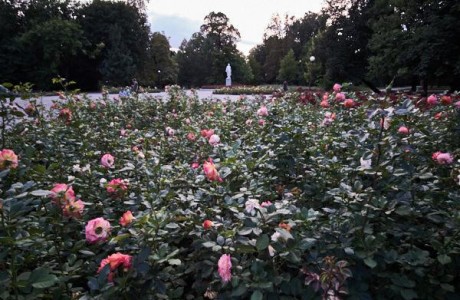 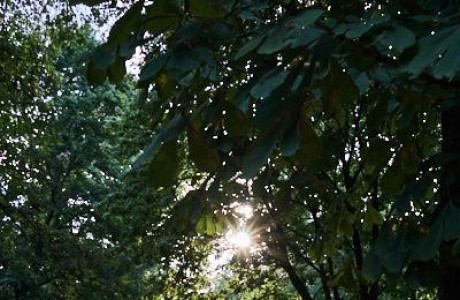 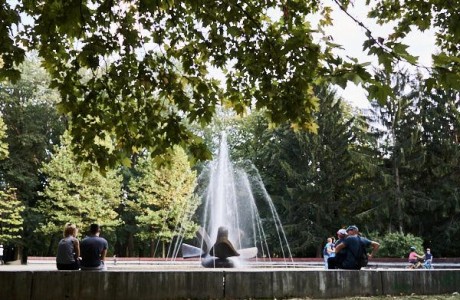 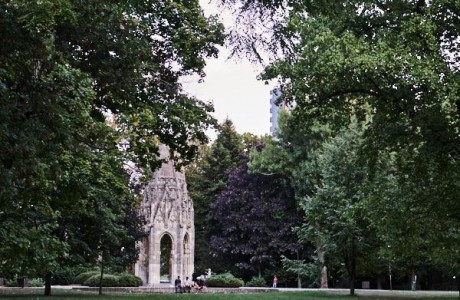 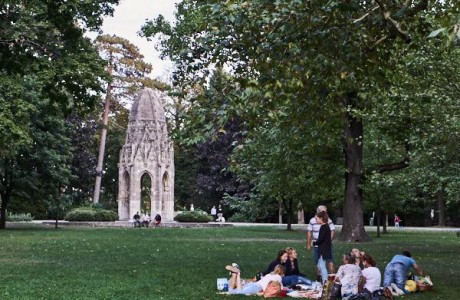 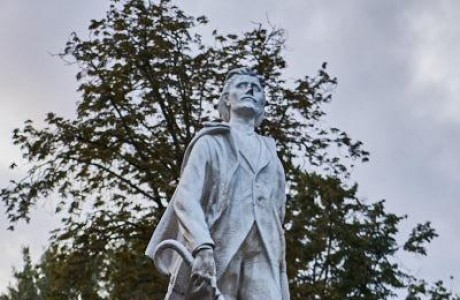 The area where the Janko Kráľ Park is located, was part of the forest stands, which  were in the past, situated on the right bank of the Danube. Before the park was established, forests on the right side  were used as a natural space. They served for walks, bathing, fishing, hunting, etc.
This area was  mentioned in urban records under various names: Burgerau, Grűnschachen, Wogram, Pfaffenau, Tuerung and Engerau. The whole territory belonged to the ownership of the town from the 13th century, when it was donated by King Andrew III.
The first reports on the establishment of the park came from a period of general cultural-social and economic development from the time of the reign of Maria Theresa (1740 to 1780). The park was founded in 1774-76 with the idea of ​​creating the first park for  public. Two events had a major impact on the establishment and development of today's Park of Janko Kráľ: the Danube regulation in 1755 and the construction of a pontoon bridge in 1825. The realization of municipal  park in Bratislava was financed from the the public collection.
The park was created in the period of classicism. Its territory was created in a characteristic landscape composition in the shape of a star. In the forest there were cut      trees that came out of a centrally located circular area and formed a star from eight straight lines. Trees and alleys were planted in them. According to the arrangement, the park was named Sternallee (Star Alley). Individual alleys were named after tree species - alder, poplar, maple, willow, ash,elm.
In addition to this composition, a new relationship with nature was introduced in the founding of the park, which was  no longer shaped according to Baroque architecture, but began to understand  its natural beauty, without visible artificial interference. At the beginning of the 19th century, the development of the park was marked by wars with Napoleon, when defensive walls were built in the park. In the first third of the 19th century, the nature and landscaping of the park was initiated. Extensive meadows were formed, straight lines were replaced by sidewalks with many  twists. Many exotic trees have been added, which, at their own expense, were planted around the year 1846 by the famous native of Bratislava, František Floriš Rómer.

The park was also influenced by a large agricultural exhibition organized in its territory in 1902.
The decline of the park occurred during World War II. Many precious trees have been felled, art objects have been damaged and destroyed. It found the present form after reconstruction in 1977 to 1983. Its aim was not to return to its original form, but to highlight the natural-landscape conception that is most valuable to it.
The current name of the park, Sad Janka Kráľa , dates back to the 1960s when it was named after a Slovak romantic poet. During his history, however, the park also had various other names, eg. in the 18th century it was called Bruckenau, in the 19th century the name of Aupark was used, during the first Czechoslovak Republic Petržalské or Tyršovy sady.

The park was modified gradually, its natural-landscape appearance dates back to 1839. In the park there are freely composed groups of trees, meadow areas and a network of paths. The main composition axis connects the statue of Janko Kráľ with the Gothic tower of the Franciscan church in the eastern part of the park. The tower is now a unique garden summer house, which was originally a tower of a Franciscan church, and is now a popular meeting point and a specific landmark. The statue of Janko Kráľ from the academic sculptor František Gibal is the center of the crossroads of the paths that cross the entire park. The surrounding of the statue is complemented by beautiful flower beds.

In the 19th century  many exotic trees were planted in the park, marked with three-language tables - Hungarian, German and Latin. In the 1970s, Park of Janko Kráľ went through a major reconstruction. The wild bushes were removed, opening the visual park and the massive trees of the park. The current image of the park is characterized by "large-scale natural interiors". The mighty rare trees and shrubs are complemented by a small architecture. A typical feature are  separated small spaces of circular shape decorated with elements of the zodiac. This element creates a good  environment for relaxation and conversation.
Another dominant feature in the park is the  Fountain of the Drinking Dove, created by the sculptor Ambróz Balážik. The latest modifications included the construction of an amphitheater. The historical building landmark is building of the Aréna theater, and toll houses are part of the space between the Old Bridge and the New Bridge.

The park also has its species diversity. Botanist Dr. Štefan Lumnitzer planted a famous rosarium in the park, with about 500 kinds of roses. It was dealt with regularly in the central part with a circular swimming pool and a sculpture of a sitting woman. It was complemented by pergolas and roses     . There were also benches. The intention of the construction of the Rosary was inspired by the rosarium in the park of the Chotek family in Dolná Krupá.

Exotic species such as ginkgo biloba, Osage orange , Metasekquoia Chinese, and so on are currently growing in the park. The most unique are the sycamore trees, which, by their age of about 200 years and the size of the trunk circumference of more than 500-600 cm, create a typical backdrop for large grassy areas. There are 95 foreign species in the park. The park's organic skeleton also includes native species such as maple and various poplar species. These woods are very rare in their biological species. Horse chestnuts are the most numerous. Other species are represented by only a few specimens, such as: Osage orange,  American storax , tulip poplar  and 5 magnolia species. We can find there also coniferous species: ginkgo, greek fir, cypress, or metasequoia. The largest representation of shrubs have evergreen yew (taxus baccata). Park of Janko Kráľ's has become a valuable dendrological-scientific object.

The park is located in the center of Petržalka. It´s located   between the New and the Old Bridge, Aupark, the football stadium, its boundaries were sharply defined and therefore the park lost the possibility of its expansion. The park does not have a protective zone. At the same time, neighbourhood of the shopping center, the Au Café and the Leberfinger restaurant and the Arena Theater not only increased the attractiveness of the park but also its attendance. Currently, the park has a cultural and social function. It serves   as a relaxing and meeting place. It creates an oasis of peace and at the same time serves as a place for sports activities for school youth and adults organized by various civic associations. The park is also used to photograph.
In 2006, there was a significant revitalization of the park, with more than 200 diseased woody plants endangerings and the same number of trees were planted. Species, that have not been represented before, were also added . However, much has recently been discussed about the fate of the Janko Kráľ  Park and its protection zone in connection with various new buildings.

Park is situated in the center of Bratislava, reachable by foot, by car or public transport (stop Aupark)

The Park is open nonstop.