The park in Stupava, dominated by a mirror-like lake and with its rare trees is one of the most beautiful parks in Bratislava region. One of the most admired trees are the massive western plane trees, whose crowns are reflected on the surface of the lake till this day. 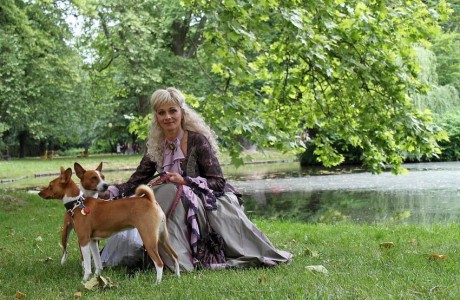 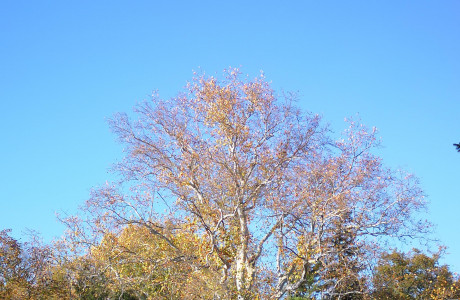 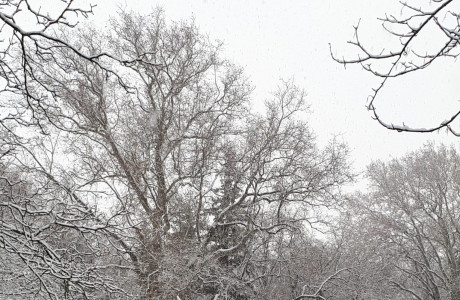 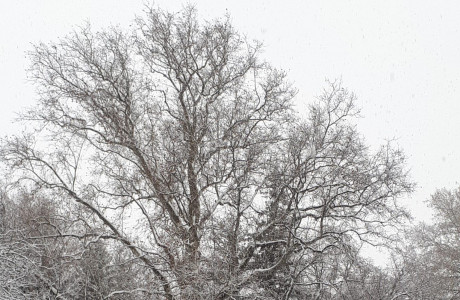 According to written sources, a smaller manor house stood in the place of today's manor house in the 16th century. At this time, orchards had also been also a part of it. One of them was located next to the manorial mill (which is now a non-functional artificial waterfall), the other was near the defunct brewery. During the Renaissance reconstruction of the manor house in the middle of the 17th century, the garden certainly underwent modifications as well; however, we do not know its form from that time. On the other hand, the name of the oldest known manor gardener has been preserved; in 1670 it had been Filip Kaser.

The following baroque reconstruction of the manor garden from the middle of the 18th century was captured in a situational plan stored in the Pálffy archives. Renaissance defense moats around the manor were rebuilt into ornamental gardens with two fountains. The area east of the manor, in the place of today's lake, has been transformed into regularly defined, ornamental French-style flower beds. The baroque garden of the manor house also included a riding hall, two small greenhouses, a mill and apartments for the manor gardener, forester and carpenter. After the change of ownership of the Stupava estate in 1867, the new owner, Count Alojz Károlyi, renovated not only the manor house, but the its gardens as well.

In the second half of the 19th century, the garden was transformed into a landscape park. The previously swampy water area east of the manor house was changed into a lake with a stone edge and an artificial island.

Total area of the park was significantly expanded and complemented with new, non-original woody plants. Sensitively composed and picturesque sights were created around the park, providing harmonious groupings and solitaires of various woody plants, combined with grassy areas. Well-kept park environment passed loosely into forest stands near the vicinity of Pajštún Castle, where a game enclosure was established and maintained. In the first half of the 20th century, there were several farm buildings in the park area - a brewery, a crate shop, a laundry and a mill, which is the only one of these buildings that has endured to this day. Two streams flowed through the park, feeding artificial lakes. At today's football stadium, a torso of a gazebo with an access alley road, originally lined with horse chestnut trees, has been preserved on an elevated spot.

Old baroque greenhouses probably no longer existed at that time. At the end of the 19th century, Count Károlyi had a new three-part heated greenhouse with a furnace room built. It was used for growing flowers, seedlings and for overwintering tropical plants. At present, the greenhouse is in a state of disrepair, but it is one of the unique preserved monuments of its kind in Slovakia and is waiting for a well-deserved restoration. It consists of a cast iron structure placed on a retaining wall and a masonry platform; the vitreous angled surface is oriented to the south. The construction was filled with rectangular glass plates; the cast iron construction included an entrance door and openable windows for ventilation. According to the evidence of historical photographs and postcards, palm trees, stored in large wooden pots, were overwintered in the greenhouse. The temperature in the greenhouse was regulated by the manorial gardeners with roll-up shading mats and wooden boards placed on the outside of the glazed surface. In the summer, the edges of the sidewalks between the eastern wing of the manor and the lake were adorned with foreign palm trees.

The last manorial gardener in the service of Count Ľudovít Károlyi was Jozef Krupička, the son of the head gardener of Prince Pálffy in Malacky. In the autumn of 1927, he organized a three-day exhibition of fruits and vegetables in greenhouses. According to the newspapers, vegetables of all kinds as well as flowers were on display, including beautiful large palm trees, begonias and orchids. The exhibition was seen with great interest by approximately 2,000 visitors.

The park consists of two parts: the Small Park and the Manorial Park. Both parts of the park are connected by a newly reconstructed baroque bridge. The center of the park still remains the lake, whose shores have atypical stone edges. The lake reflects not only the manor house, but also the crowns and trunks of the trees. This mirroring is an exceptional experience for park visitors. The original artificial island with planted trees also remained on the lake. The lake is "guarded" by two statues. Torsos of small architectural and sculptural decorations also bear witness to the Romantic alterations done in the park in the past.

A torso of a unique three-part greenhouse with heating stands in the Small Park to this day. It was probably built at the end of the 19th century. It had been ‘rediscovered’ by a member of a civic association called Pour Art, which with voluntary help restored and cleaned it, and took care of its publicity. Only a small fraction of the historic greenhouses in Slovakia have been saved (Topoľčianky, Jasov, Mošovce). Stupava is one of the rare Slovak localities with this unique monument preserved.

Part of the park is also a chestnut alley, but in addition to chestnut trees, you will also find some unique and rare species of trees, such as the American sycamore, bald cypress trees, tulip tree and ginkgo biloba. In the park you will also find a dendrologic peculiarity - a dwarfed form of Scots pine. Stupava brook flows through the park with wooden footbridges built over it.

Deer, owls and squirrels live freely in the park. Ducks swim on the pond.

Stupava park with its rare trees is one of the most beautiful parks in the Bratislava region.

One of the most admired trees are the massive western plane trees. 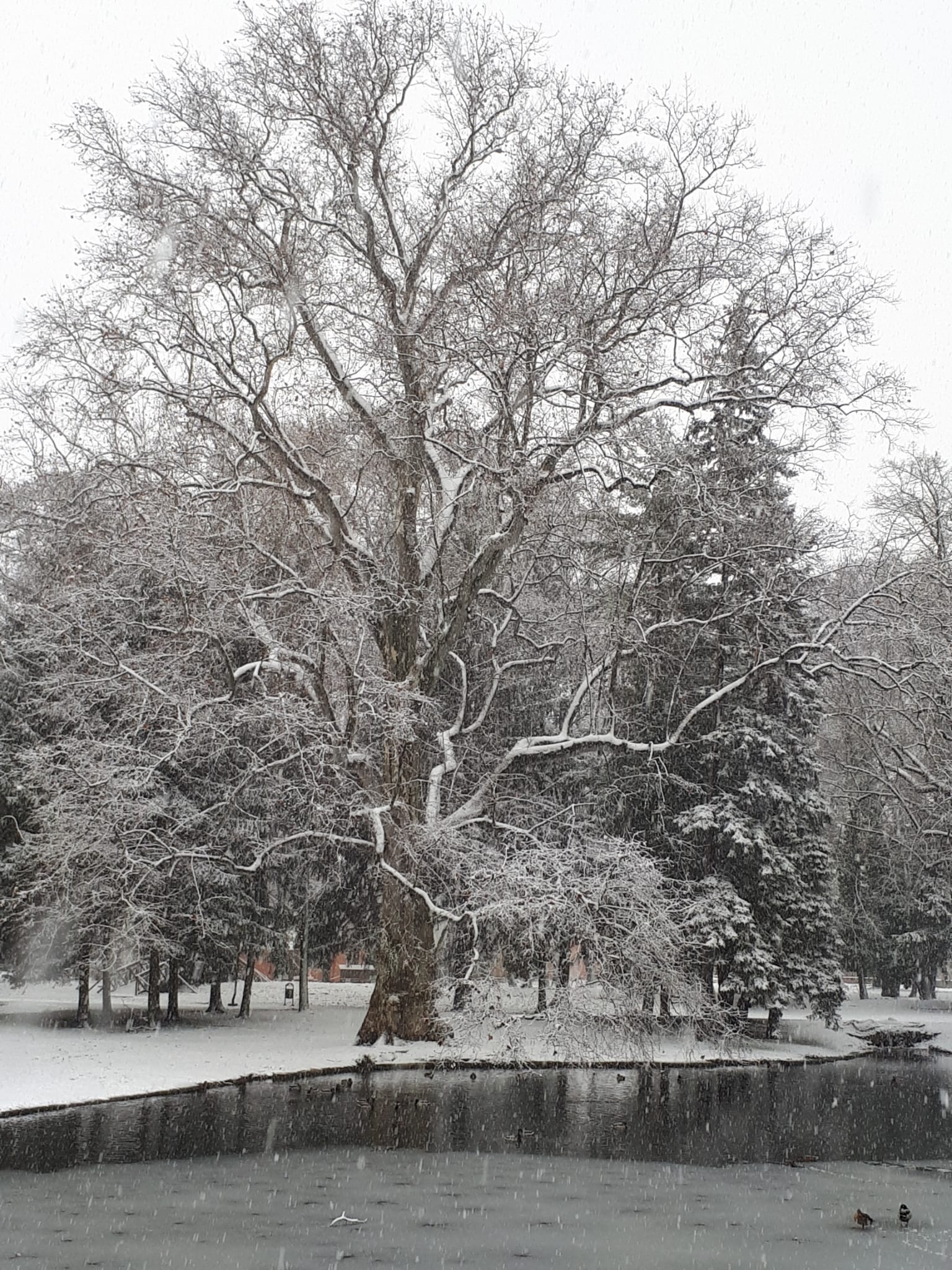 Part of the park is used by the Retirement Home located in the manor house.

In the park there is also a large playground, which is made of wooden components and fits beautifully into the park. Swings, climbing frames and a slide can be found there.

In the park you will also find a football field with an athletics track and areas for ball games.

Castle Park in Stupava in situated right in the town’s historical centre. It is accessible by foot, by bus (bus stop “Domov dôchodcov ” = retirement home) or by car ( the park is only 17 km far from Bratislava). If you are planning to visit the park by car, we recommend parking by St. Stefan’s Church.