Castle gardens in Holíč are becoming a centre of tourism and relax. New “Herbal garden” is a great tourist trap. 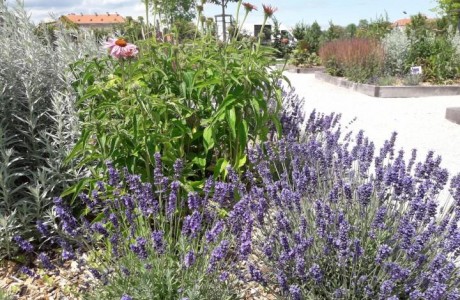 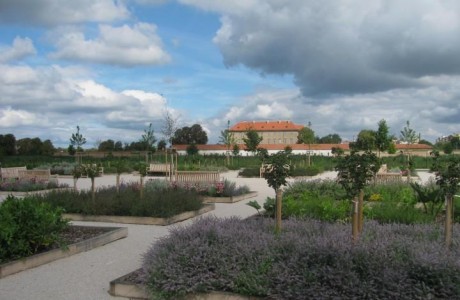 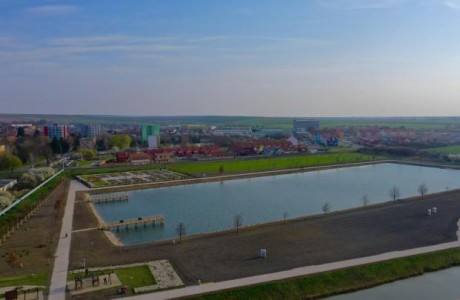 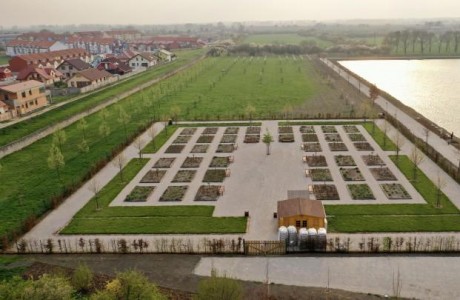 From 1730, large park revitalizations have started.

We don't know the exact date when were the baroque gardens founded. The only document about the gardens is from the 18th century- “Plan du chateau et fasaderie de Holics”. Castle gardens represented a baroque-classical period and were unique due to their largeness. Park included also a   pheasantry. Many trees (for example horse chestnut) were grown in the gardens.

Another park area was covered by flower beds, which were grown according to French example. Some round flower beds were also placed in an inner ditch which surrounded the whole castle.

The park was maintained by skilled and resected gardeners, who mostly from abroad.

Castle gardens changed its form through the ages. They perished after 1918.

The castle was a dominant feature of the park area. The driveway was lined by four rows of trees. Another area for the future castle park was found after the reconstruction of the main building. Flower bed was grown there.

Farm buildings were covered in ivy, area around the castle was surround with system of alleys and hedge. Park was transformed into a baroque-classical pheasantry. Trimmed hedges were the most characteristic feature of the pheasantry.

During the 18th-19th century, park changed its appearance. Since it was no longer used for ceremonial purposes, park wasn't maintained and it fell into disrepair. When the pheasantry was removed, park lost its significance. When buildings were built nearby, park was devalued even more.

The area of the park is significantly smaller than before. The former pheasantry is used for growing plants and crops. You can find there alleys of horse chestnut- Aesculus hippocastanum which have a huge value.

The park roads are also lined by precious trees such as small-leaved limes and horse chestnuts. Those woody plants have a great social, dermatological and historical significance.

Several kinds of herbs grow in the “Herbal Garden”. For example Echinacea, lavender and some sorts of mint. You may find there also many fruit trees such as cherry, sour cherry, pear and apple tree, currant and gooseberries.

Castle, as well as the gardens belong to Holíč. One part of the castle serves as a museum and gallery. The area around the castle is still being revitalized. Some farm buildings are already reconstructed and used for representative functions and some aren't used yet.

Herbal garden, which is situated in the southeastern part of the castle area, serves as a place for relax. The garden is a centre of tourism.

Holíč Castle is situated near the city centre and is accessible by foot, car or bus from Skalica.