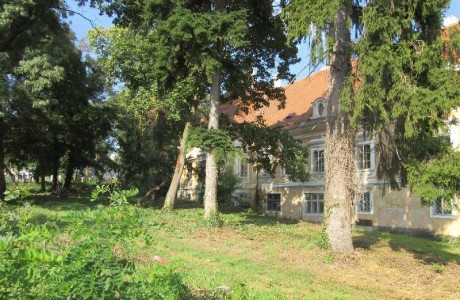 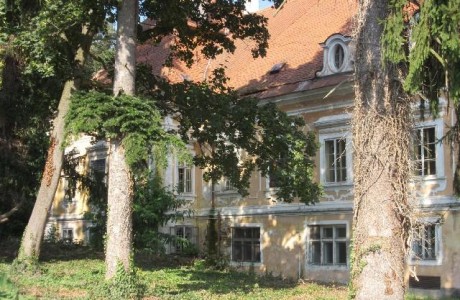 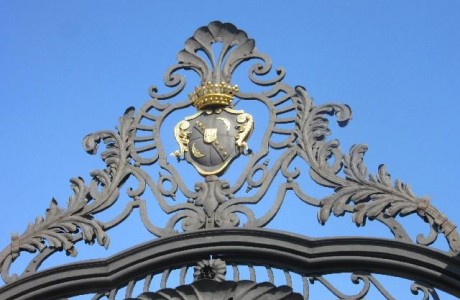 The Baroque mansion on the hill above the Rudava brook, together with the park, was built in 1723 by the Kollonič family on older Gothic and Renaissance foundations. The Archbishop of Vienna, Cardinal Žigmund Kollonič, had a building with a cour d'honneur - the courtyard of honor. In the courtyard is still a small circular fountain with baroque sculpture.

In the second half of the 19th century, the mansion with the park became the property of the Wenckheim family. In the late 19th and early 19th centuries, Count Stephen Wenckheim developed a lively economic and business activity on his estate: sugar beet, potato, fruit and horticulture, cattle breeding and riding horses. He founded a sawmill, a brick factory and a distillery. The mill under the mansion supplied the mansion with electricity.

In 1941, the mansion with the park was purchased by the Ministry of the Interior and the Department of Health established a psychiatric treatment institute. During the Second World War was in the manor established a military field hospital of the German army and after crossing the front in 1947 hospital of the Soviet Army. After the end of the war, the psychiatric therapeutic institution returned to the manor house, which was located here until 2005. In that year the institute was abolished and since then the cougher and the park have been failed.

At present, the manor house is abandoned and, like the park, it is dilapidated.

The park is located in the center of Veľké Leváre, accessible by foot, by car or by train (railway line: Bratislava - Kúty - Břeclav).