The park in Brodzany is unique not only because of its natural atmosphere but also due to its function of open natural gallery with busts and statues of Slovak and Russian authors. 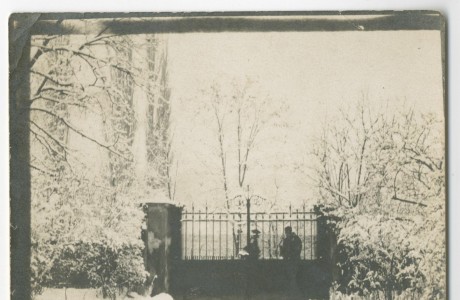 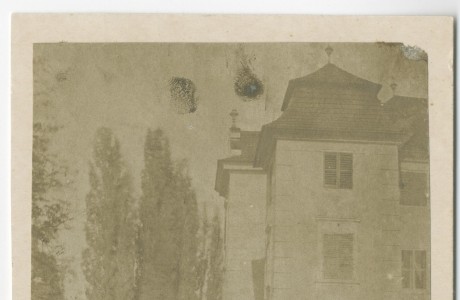 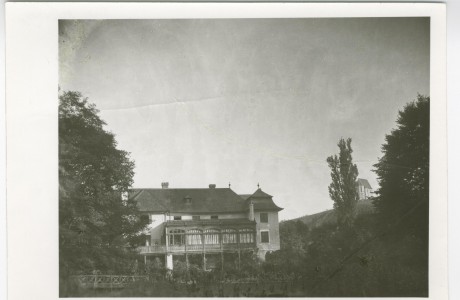 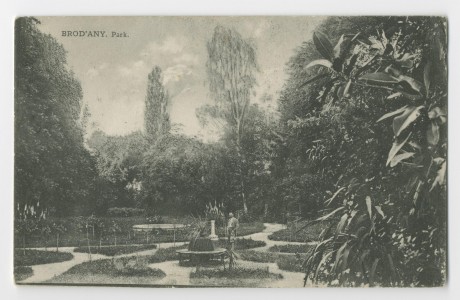 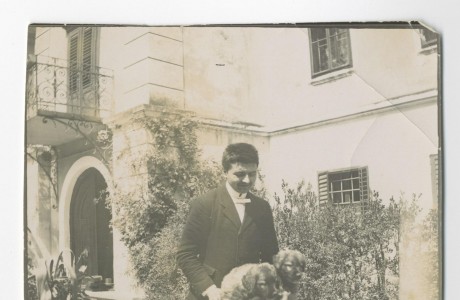 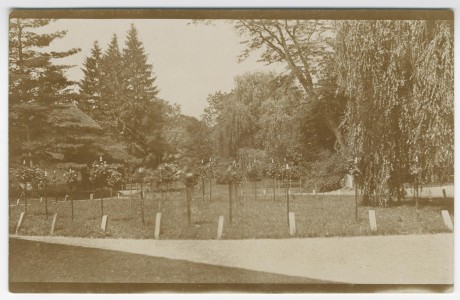 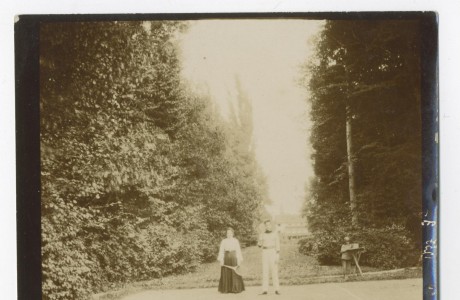 The park of Brodzany was probably founded by the then owner Michal Kvasay (1774-1832). The first written record of the park is from 1816.

The other owners of the manor, Friesenhofs and Oldenburgs, aggrandized and expanded the area of the manor.
During their reign (1846-1945) park was composed of two parts: the residence was surrounded by flower bed, sandy pathways and a fountain. There was a part of the park  also a tennis court and a bunch of benches.

Jozef Knížek, a Czech gardener, took care of the park for more than 30 years. Before, he was employed by a baron Gustáv Friesenhof and appreciated by a duchess Natali Oldenburg.

The second wife of Gustáv Friesenhof - Alexandra Nikolajevna Gončarova was a sister of a wife of Alexander Pushkin (Natali Pushkin). The Pushkin´s widow  used to visit Friesenhofs in Brodzany and liked to take a walk in the park.
The park was an oasis of inspiration for artists and other guests who visited the last but one owner- a duchess Natali Oldenburg.

After the emigration of her grandson, the last owner- George Welsburg and after World War II, the park  was neglected and unkempt. In the 1940s there were attempts to replace the park by a playground. Luckily, these attempts weren´t implemented.

More than 40 years the park remained neglected. When reconstruction of the manor house in Brodzany in 1979 was finished, the park got its second chance and was revitalized.

The park in Brodzany is photogenic and stunning in every season.

The visitors will find there a burial chapel of Friesenhofs and Oldenburgs which is a part of the museum situated in the renaissance manor house from the 17th century. The chapel is situated on the top of the nearby hill Hôrka, southward from the manor.

The park has changed its appearance from the historical one. The flower garden with fountain and summerhouses was replaced by meadows with woody plants. You may find there either domestic or exotic plants. A characteristic feature is the Geradza brook connecting the park with a southern pond by three woody bridges. The busts of Slovak and Russian authors correspond to original but no longer existing exposition of the museum of A.Pushkin.

The park is fenced and visitors may enter through four metal gates.

There are numerous domestic woody plants including maples, ash trees, horse chestnuts, hornbeams, lime trees, oaks and beeches in the park. You may also find some of the exotic trees there.

The most admired are majestic platans planted in the 19th century by the Friesenhofs in the southern part of the park.

The informative tables meet its function to inform visitors about “stories” of the trees.

Throughout the whole year, bird singing and frog croaking may be heard. The visitors love to observe swimming duck and waiting herons.

The park in Brodzany meets its function as an open natural gallery with busts and statues of Slovak and Russian authors. Thanks to his atmosphere, it is popular not only among citizens but also among the visitors of the museum.