The Hlohovec Castle park is one of the best-preserved examples of its time’s architectural style. The park is renowned for its "platanová lúka" (meadow of planetrees) where mighty, ancient plane trees can be found. 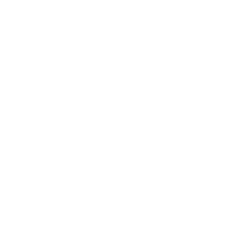 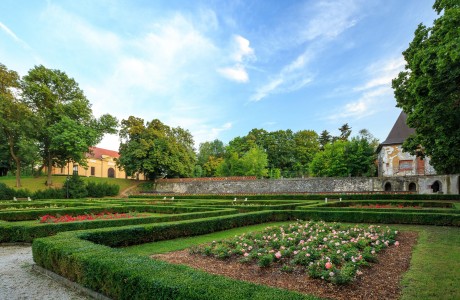 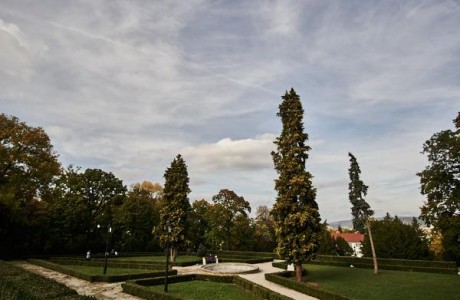 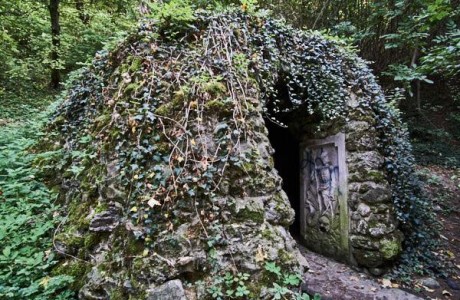 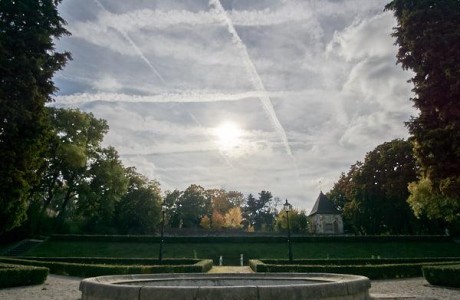 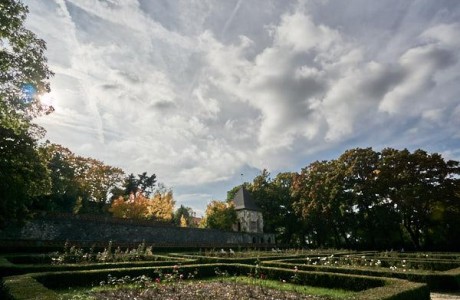 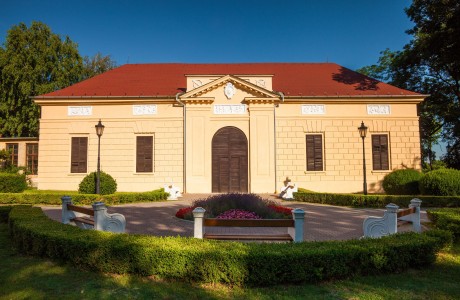 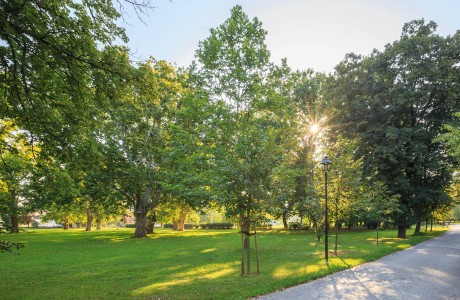 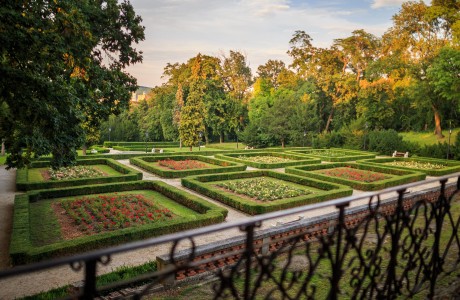 The Hlohovec castle park is part of one of the best-preserved examples of the period’s style. The park is renowned for its "platanová lúka" (meadow of Plane trees), where we can find mighty, ancient plane trees.

Fundamental renovations of the castlewere undertaken at the turn 19th century. At the time, Joseph Erdody was owner and the main architect was Pietro Travaglia. Ludwig van Beethoven was known to give concerts at Hlohovec castle. A bust of him is situated in front of the theatre.

The park’s natural landscape design from the beginning of the 19th century was inspired by the style of the period. The original romantic elements of the park were: a grotto, a gravity fountain below the grotto, and a bridge to the island in the park’s lake. The grotto, with a spring and sculpture of Neptune as well as a circular fountain, have been preserved till modern day.
In the upper part of the park, terraces were built. The uppermost terrace leads to the theatre, built in Empire style, to the castle and its courtyard. Greenhouses with orange trees and other precious exotic plant are also in the castle grounds.

The park lies in the grounds of the castle and is situated in the south edge of the town of Hlohovec. Hlohovec spans the river Váh on the road between the towns of Nitra, Leopoldov and Trnava.
The castle grounds, which include a galleried theatre, former outbuildings, a riding-hall, a grounds keeper’s quarters, greenhouses, garden houses, extensive parkland and a former menagerie, have created a unique and interesting site.

The plane tree meadow and a lake dominate the park. Groups of mighty plane trees border the river Váh as well. The trees are special not only for their age, but also for their good health. They belong to the first species of their genus ever planted in Slovakia. One of the plane trees has been registered onThe State Inventory of Specially Protected Parts of Nature and Landscape. 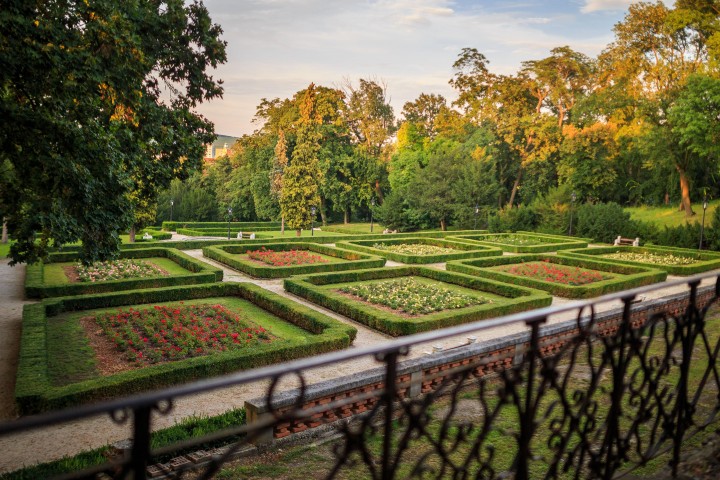 The park is open to the public and becomes the center of relaxation and relaxation for the inhabitants of Hlohovec.The park is gradually revitalizing and reinventing the new woods.The territory of the park is regularly maintained.There is  is a children's playground in the park, which was built near the lake. 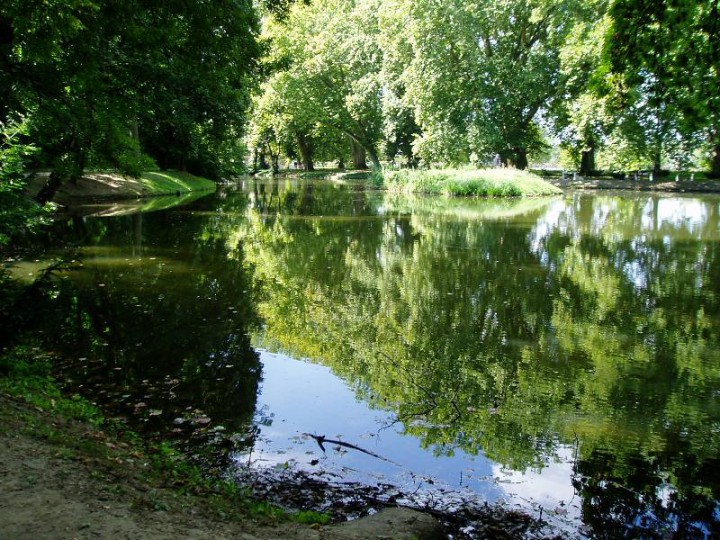 The castle and grounds are situated in the southwest part of Hlohovec, accessible by car and bus from the city of Trnava