Hodkovce park issurrounded by travertine rock. From the park, a unique view of Spiš Castle can be enjoyed. 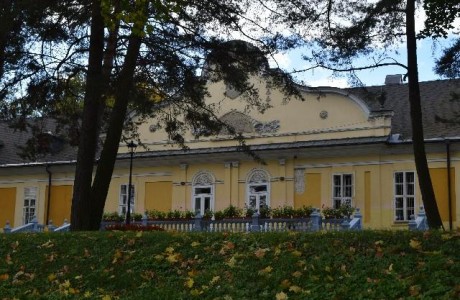 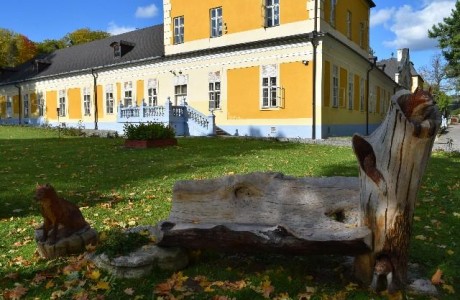 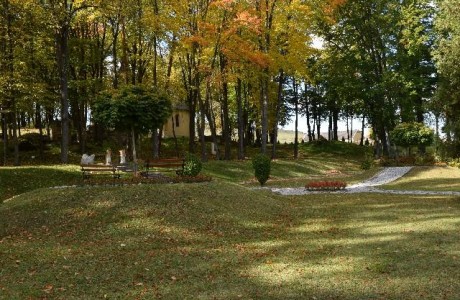 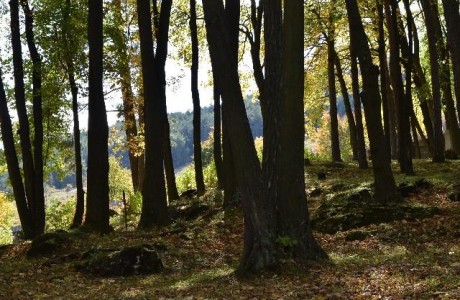 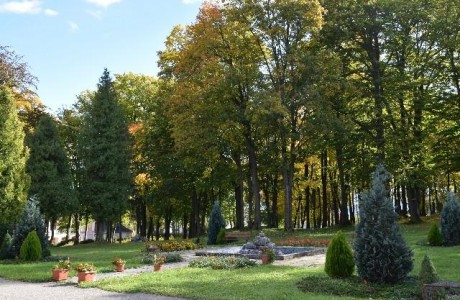 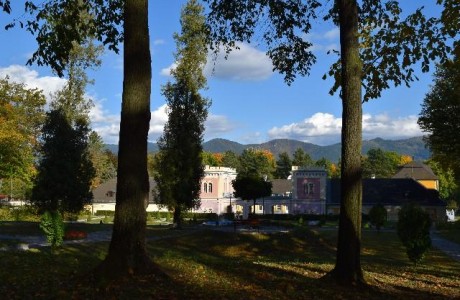 Hodkovce park is situated in the town of Žehra, near Spiš castle and Spišká Kapitula, a medieval, ecclesiastical village in the beautiful surroundings of travertine rock and boasts a spectacular view of Spiš Castle.
The garden, of French style, has been historically connected with the manor house, most likely since the beginning of the 18th century by Emanuel Csáky.

The park is rectangular in shape and its terrain is terraced with a gradual descent.
A natural river-basin and lakes are located in the parkland. Also, four ponds have been installed in the manor house garden, which are interconnected by stone channels.

In 2007-2008, reconstruction work on the park was completed. The reconstruction included renovations of the land. For example, in the centre, there is now a round fountain lined with flower-beds

A fruit grove still sits in its original, natural location, as described in historical documents. The park is significant for its well-preserved historical features: the water system with ponds, paths, structures and arboreal features.

Currently, there is a care home based in the manor house, which offers tour guide services.

The park is situated in the grounds of the Hodkovce Manor House. It is possible to get there on the foot, by car or by bus from the town of Spišské Podhradie.